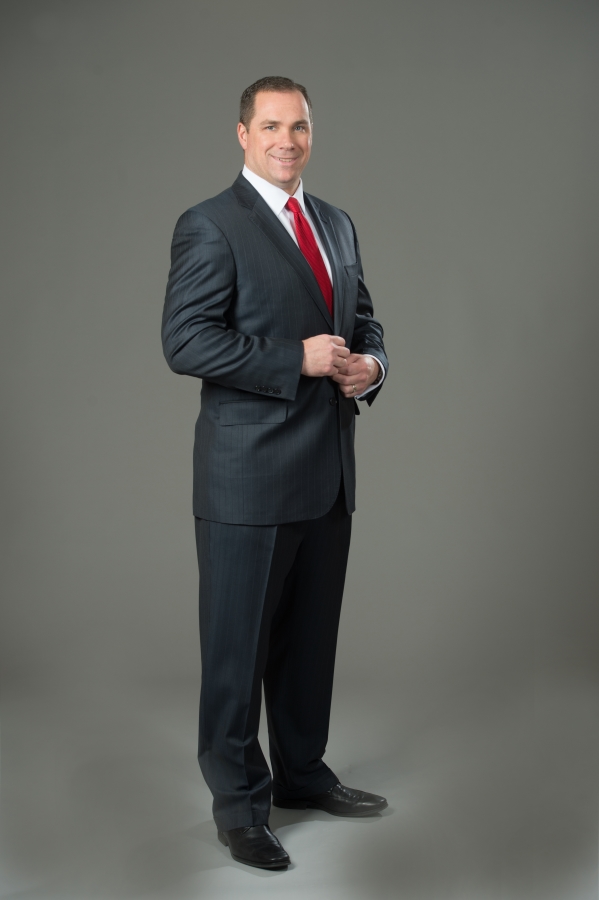 Michael Peters is a co-founder of The BlackOak Group, LLC and focuses his work on individual and family wealth strategies. He holds two of the most coveted industry designations; the CERTIFIED FINANCIAL PLANNER™ professional certification and the Chartered Financial Consultant professional designation (ChFC®). Michael was also awarded the title of Retirement Planning Specialist by AXA Advisors based upon earning a Certificate in Retirement Planning from The Wharton School of the University of Pennsylvania.

Michael began his financial planning practice in 1999 with AXA Advisors after graduating from the State University of New York at Geneseo with a bachelor’s degree in business administration. When he first began his career, he noticed that many families did not understand how their personal retirement plans and their children’s education goals affected each other. He also learned that individuals were unaware how their investments and insurance policies were connected within their overall financial portfolio. Seeing how much families struggled with understanding their financial future and security, Mike focused on educating clients on how the many facets of one’s financial plan were connected.

In 2006, Michael was appointed to Vice-President within AXA Advisors. He began to expand his practice by hiring and mentoring additional financial consultants. After a brief time, Michael’s group was ranked by AXA Advisors as the #4 group in the country in 2007, the #3 group in 2008 and 2009, and ultimately the #1 group in 2010 and 2011. (This was across roughly 200 teams within the U.S.)

Due to the group’s success, Michael was promoted to the Senior Vice-President of AXA Advisors’ Buffalo Branch in 2012. In his first year in that role, the Buffalo Branch was awarded the company’s Silver President’s Trophy as the #2 branch in the country. Pursuing the opportunity to capitalize on the Buffalo Branch’s success and the growth from The BlackOak Group, AXA Advisors merged the 4 branches in Upstate New York (Buffalo, Rochester, Syracuse, and Albany).

Currently Michael serves as the Senior Vice-President of AXA Advisors’ Empire State Branch, which is now the 3rd largest organization in the country.

Michael has always been focused on helping clients work toward achieving their short- and long-term financial goals. Professionally, he has guided clients through two of this country’s worst financial markets, occurring in 2000-2002 and 2007-2009. Due to this experience, Michael understands that while it is exciting to assist clients with the achievement of their financial dreams and goals, it is just as important to protect the wealth that their family has already accumulated.

On a personal note, Michael and his wife are extremely active in their community and charitable causes. Michael’s wife serves on the board of Children and Adolescent Treatment Services and is also an active member of raising funds for the Kaden’s Kisses organization and the Clarence Schools Parents Teachers Organization. Furthermore, Michael has orchestrated The BlackOak Group’s annual charity golf tournaments to benefit local organization such as The Make-A-Wish Foundation of Western New York and The Mikey’s Way Foundation. Cumulatively over the last four years the tournament has raised over $185,000 to benefit those two important charities.

CFP® and CERTIFIED FINANCIAL PLANNER™ are certification marks owned by the Certified Financial Planner Board of Standards, Inc. These marks are awarded to individuals who successfully complete the CFP Board’s initial and ongoing certification requirements.

A ChFC® is The Highest Standard of Knowledge and Trust in Financial Planning. Your Chartered Financial Consultant® has completed the most extensive educational program required for any financial services credential.

The Retirement Planning Specialist title is awarded by AXA Advisors, based upon the FP’s receipt of a Certificate in Retirement Planning from the Wharton School, University of Pennsylvania. In a collaboration between the Wharton School and AXA Advisors’ affiliate, AXA Equitable Life Insurance Company (NY, NY), coursework for the certificate was developed exclusively for AXA Advisors FPs, and the title may be used only by FPs who have completed the required coursework and maintain the title through ongoing continuing education requirements. To verify that an FP has earned and holds the title in good standing, contact AXA Equitable atretirement@axa-equitable.com. Complaints about an AXA Advisors FP should be directed to customer.relations@axa-equitable.com.